Home > Features > Succeeding as a franchisee: What you need to know

Much has changed over the last 30 years in franchise law, and the author has been fortunate to witness and participate in this transformation first-hand. The franchising landscape changed most profoundly for Ontario-based franchisors, franchisees, and prospective franchisees in 2000, when the Arthur Wishart (Franchise Disclosure) Act was passed into law. The same was true of the other provinces due to the passing of similar franchise disclosure legislation.1 This new franchise statute imposed a considerable disclosure obligation upon franchisors in the province, which had not previously existed. Granted, no registration of disclosure documents was required, as is still the case in certain states in the U.S. However, prospective franchisees are now entitled to receive a disclosure document containing important facts regarding the investment they were about to make, at least 14 days prior to signing any agreement with the franchisor or paying any money to the franchisor (with some limited exceptions).

Though there are still opportunities for abuse—and deceptive, fraudulent, and highly mismanaged franchisors do continue to appear from time to time—it can be said the franchise disclosure legislation has largely succeeded to level the playing field somewhat between franchisors and franchisees. Prospective franchisees are given the opportunity to be better educated and informed about the investment they are about to make, and most critically, they now have a robust remedy to pursue if this disclosure obligation is breached by their franchisors.

Yet, there is much to be desired for change in the existing legislation, as its many ambiguities continue to trouble franchisors. For example, franchisors continue to struggle with what to include in their disclosure documents, as the definition of “material fact” is simply far too wide. A simple expanded list of items to be disclosed by regulation, on the other hand, would establish a much more definitive understanding of the disclosure obligation before them.

You May Also Like  You've Got What It Takes: Damien Cordrey of Planet Beach

Yet, as is the case with any investment and with any major legal agreement, a better-informed franchisee is preferable to a non-informed one. When prospective franchisees start seeking advice about purchasing a franchise, they are often in a state of euphoria about what they perceive to be the most exciting business opportunity available. Not much could dissuade them from pursuing the opportunity. It is important, however, for prospective franchisees to avoid getting caught up in this excitement over owning their own business, and to conduct extensive due diligence before making a commitment. This is particularly important because purchasing a franchise usually involves a substantial investment, a long-term commitment, and if things turn sour, significant liabilities.

A prospective franchisee should first appreciate how the franchising business model differs from an independently owned company. Despite common wisdom to the contrary, a franchisee does not truly “own” a franchise at all, but rather is licensed to operate one.

Further, franchise relationships are generally long-term, one-sided contractual relationships, largely in favour of franchisors. Many franchisors go to great lengths to monitor and control the way their franchisees operate their businesses, due to the franchisors’ understandable desire to protect and enhance the value of their brands. In this sense, franchisees do not truly have much discretion over how they operate their businesses, as they are bound to comply with very stringent rules imposed upon them by their franchisors. However, some franchise agreements are so stringent, they border on abusive. Franchise counsel is well suited to point out and attempt to address such scenarios.

One should not underestimate the importance of retaining professionals with relevant experience as early in the process as possible.
A prospective franchisee should consult with a franchise lawyer, for example, who can help them understand their rights and obligations under applicable franchise legislation and interpret the disclosure document, the franchise agreement, and the offer in general.

A franchise lawyer should also offer full legal advice surrounding the purchase of a franchise. If a prospective franchisee intends to purchase an existing franchise unit, rather than a newly established one, then they should hire a franchise lawyer to assist with the necessary due diligence before entering a binding, unconditional deal with the existing franchisee. This process will include the same types of searches customarily undertaken when planning to buy a non-franchised business.

In addition, a prospective franchisee should retain a professional accountant with expertise in franchising, to help review the financial statements disclosed by the franchisor in the disclosure document. This review may reveal certain strengths and weaknesses of the franchisor and its system. While consulting with these accountants, the prospective franchisee should also prepare a business plan, to arrive at a more accurate assessment of (a) the value of the franchise to be purchased and (b) the feasibility of deriving a return on investment (ROI) within a reasonable period.

On occasion, a franchisor may make a financial performance representation, such as a historical claim, in which case a prospective franchisee should carefully assess the information with its professional advisors. It should also attempt to confirm the accuracy of the representations with as many existing franchisees as possible.

Finally, a prospective franchisee is encouraged to consult with its bankers to obtain any necessary financing and to solicit their opinions, from a financial perspective, about the franchise system under consideration.

The franchisor’s disclosure document, if up-to-date and accurately prepared, will contain some very important pieces of information about the franchisor and its franchise system. This information could very well determine whether a prospective franchisee should decide to go ahead with the purchase.

Most importantly, the disclosure document should list the business addresses, telephone numbers, and names of existing franchisees, along with the last known contact details for franchisees who have left the system within the last fiscal year (i.e. immediately preceding the date of the document). Prospective franchisees are strongly encouraged to contact these franchisees to find out more about both the franchisor and the system.

You May Also Like  Franchisee profile: Brenda Chornous of The Chopped Leaf

Other sources of information

In addition to conducting a comprehensive review of the disclosure document and franchise agreement with professional advisors, a prospective franchisee should conduct further due diligence by canvassing other sources of information. If the franchisor’s shares are publicly traded, for instance, then a prospective franchisee should review any public document filed with the applicable provincial securities commission. It can also be useful to visit industry and franchise association websites to better understand the business under consideration. This may also provide further insight into any of the franchisor’s competitors. Other online resources worth checking out include websites detailing complaints about the franchisor and the franchise system.

These due diligence strategies, which represent many of the steps any prospective franchisee should take when considering the purchase of a franchise, are vital in minimizing the risks associated with such a major investment decision. However, it is important to note soliciting legal, accounting, and other professional advice before purchasing the franchise is just the first step. There is also much value in procuring continued professional advice after the purchase. Savvy, successful franchisees understand this value, yet unfortunately, other franchisees have all too often learned about the costs of not seeking out professional advice the hard way. 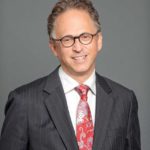 Joseph Y. Adler is a franchise lawyer and partner at Hoffer Adler LLP, a Toronto-based boutique law firm with experience with more than 540 franchise systems. He can be reached at 416-977-3444 or at jadler@hofferadler.com.