In the master scenario, the franchisor sells the rights to a MF for developing a geographical region. The MF then steps into the shoes of the franchisor for this region and assumes all of the same responsibilities the franchisor has toward all franchisees. In this case, the MF develops the territory by selling franchises and is required to provide the same support as a franchisor, including assistance with franchise unit financing, site selection, construction, training, opening, store marketing, and ongoing obligations of support and service. The MF’s revenues are a portion of the initial franchise fees, royalties, and other fees paid to the MF under the franchise agreement.

The most common use of master franchising is when brands wish to enter a new geographical territory where they have no knowledge of the market or the culture. Often, the market is too far for the franchisor to manage, has different laws, another language, currency, or time zone, as well as diverse customer likes and buying habits. In these cases, local expertise is essential, and the franchisor is willing to forego a large portion of its franchise fees and royalties to develop its brand internationally. Many U.S. franchisors use MFAs to enter the Canadian market. Although the countries are geographically not far apart, the business environment and customs are different and even vary within each province. 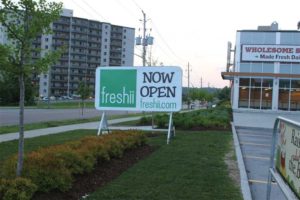 An ADA is another multi-unit option; however, in this case, there is no right to sub-franchise. The AD must open and operate the number of units agreed upon based on a pre-determined schedule. In this model, either the franchisee or a combination of the franchisee (at minimum 50 per cent) and other partners can own and operate a franchised unit, so the franchisee must be involved in the ownership, but need not directly operate the business. The AD does not have the massive overhead a MF does, but it does not collect or share in royalties or other fees owed to the franchisor. However, it retains 100 per cent of the profits of its stores as its revenues.

An ADA suits many situations and can even be used within the context of a MFA. Those interested in an ADA are often looking to own multiple units and will ensure they have no competition in their backyard along with full control over a specified territory. This allows them to reap the profits from all the stores in one area and benefit from multiple advantages, including volume purchasing discounts, economies of scale in labour, greater overall profits, and in-house training and marketing. A single franchise can certainly provide a good living, but there are bigger profits in multiple franchise ownership. Not every franchise purchaser wants to have the obligations required of a master, such as selling and managing franchises, and the ADA is a good alternative. It is also welcomed by franchisors who prefer multi-unit owners who are dedicated, more sophisticated than individual franchisees, and require less support.

The franchisor decides whether to offer master or area development options. In both cases, the franchisee will be required to open and successfully operate one location before they are allowed to develop others. Also, both require the candidate to be financially secure as this is a large and long-term investment. The MF steps directly into the shoes of the franchisor and must assume all the obligations and responsibilities of the latter. This requires the MF to have the same head-office infrastructure, including development, operations, marketing, training, and accounting personnel, all of which need to be remunerated. An AD has no such responsibility, but must have the funds available to finance the initial unit and another location most likely within the same year.

“Master franchisees are generally self-sufficient people who want to live life on their own terms and build a flourishing business they can later sell,” says Bruce Sweeney, CEO of Simply for Life franchises. “They are driven to influencing purchasers and getting the best out of them.”

A master licensee has the opportunity to build a scalable and valuable asset. When the time comes to sell or retire, they have built a portfolio of units that can either go on without them or fetch a pretty penny on acquisition. Area developers have built a stable of locations of one brand, and they, too, have a saleable asset, as each unit can be sold separately or as a group. The difference is in the revenues. While a master franchisee shares in the revenues that would otherwise be paid in full to the franchisor directly, the area developer does not.

Whether it is through master franchising or area development, both models grant the developer exclusivity for a period of time in a pre-determined geographical area. If money is abundant, the author recommends taking the area development route as it provides the greatest return for the least overall investment—but only for a smaller market. Master franchising is the favoured solution if the rights acquired are for a large area such as a province or country. That said, no matter which model is selected, the ability to generate income way beyond that of a single unit is without question.

Whether it is through master franchising or area development, both models grant the developer exclusivity for a period of time in a pre-determined geographical area. 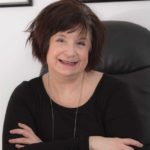 One comment on “The master franchise model versus development agreements”