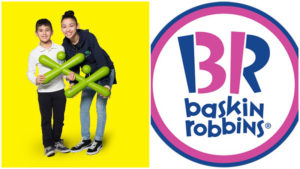 This September, Baskin-Robbins Canada will donate 31 cents from the purchase of every Creature Creations – Into the Sea to BGC Canada and its network of clubs.

For the past 120 years, BGC Canada clubs have opened their doors to young people and their families at some 736 locations nationwide. Now in its fifth year, the annual fundraiser is expected to raise more than $25,000.

“Emotions run high during the back-to-school season,” said Natalie Joseph, spokesperson for Baskin-Robbins Canada. “Fifty years into our history in Canada, we’re as determined as ever to bring smiles to the faces of children. Five years ago, we picked September as the perfect moment for an annual fundraiser because we wanted to recognize the heroism of children as they start a new routine, make new friends, and celebrate the existing relationships that help them to embrace learning.”

Launched in 2020, Creature Creations is a lineup of ice cream treats that feature characters–first a mermaid, unicorn, and monster and, this year, a dolphin, shark, and turtle.

“We share much in common with Baskin-Robbins,” says Owen Charters, CEO of BGC Canada. “We’re both focused on comforting and supporting kids and, through this fundraiser, on recognizing their bravery. It’s been a tough year for all of us, but we are grateful to our partners, including Baskin-Robbins Canada, for stepping up when we needed them the most and putting the needs of kids and teens first.”

Also, this month, as part of its Flavour of the Month program, Baskin-Robbins launches Inside Out Apple Pie, featuring vanilla and apple ice cream, real apple and pie crust pieces, and topped off with a cinnamon brown sugar ribbon.

One comment on “Baskin-Robbins aims to raise $25,000 to BGC Canada this month”